Is Taiwan involved in money laundering risks? IFinex, a financial suspect, was a customer of 7 local banks

[Exclusive Transnational Investigation] The financial criminal suspect who is being hunted down by the US judicial system once used Taiwan as a treasury? According to a year-long joint investigation conducted by the "World" and the International League of Investigative Journalists (ICIJ) , several cases of suspected money laundering or violations by banks and companies were found to be related to the cryptocurrency issuer iFinex, and the local banks in Taiwan were involved.. 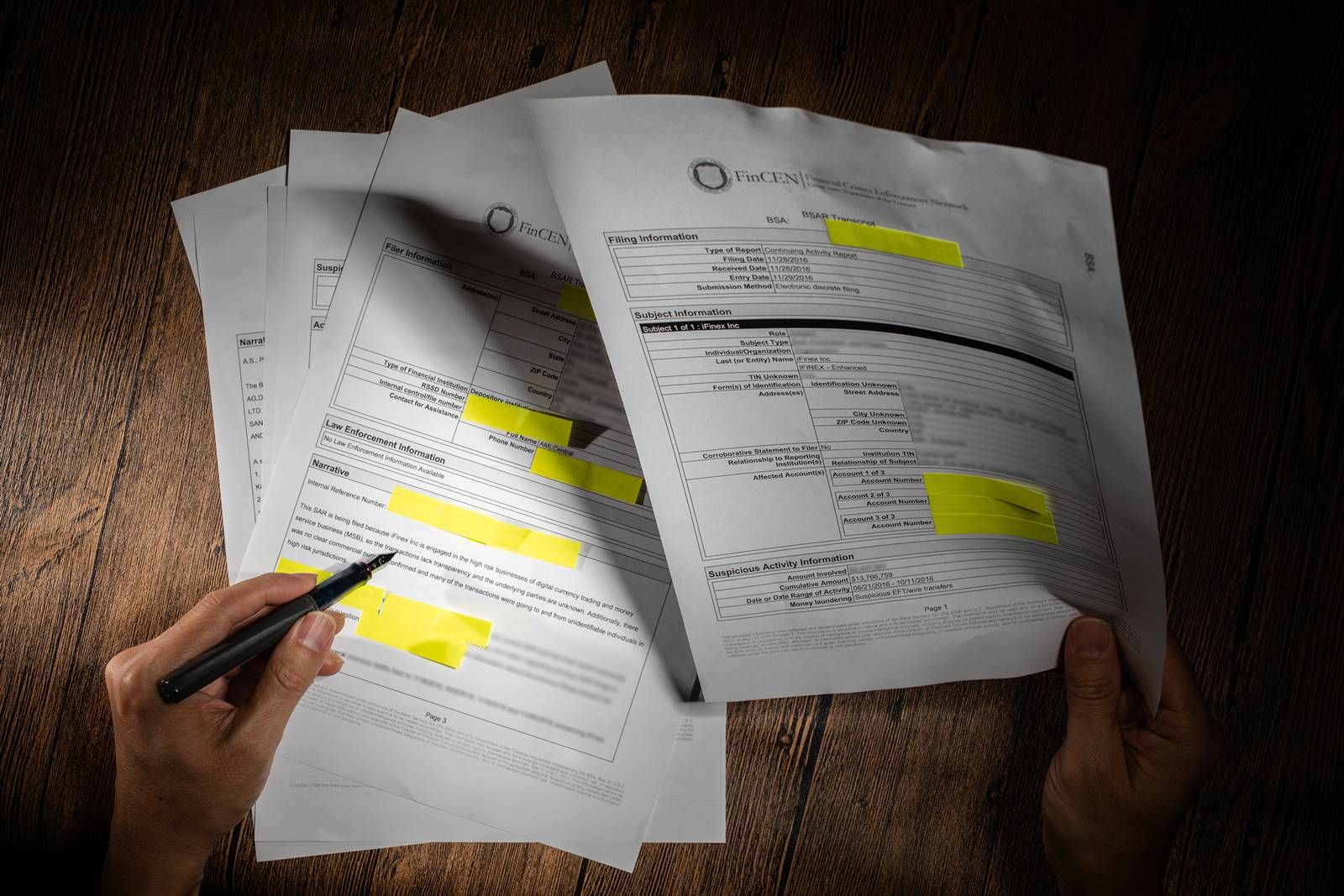 This "Suspicious Activity Report" (SAR) was mainly used by the US Congress to investigate Russian intervention in the 2016 US Presidential Election. It is the most detailed data leak in the history of the US Treasury Department. Image source: photo by Qiu Jianying
2020-09-21
20633 viewing count

The misfortune is mostly hidden in the subtle, and most of the story starts from the subtle.

The beginning of the story is three strings of 8 numbers.

These three strings of numbers are three accounts available at Deutsche Bank, a cryptocurrency company called iFinex (services buying and selling bitcoin in US dollars).

Starting in 2015, the three strings of iFinex numbers have triggered the alarm bell of the global anti-money laundering monitoring system.

Deutsche Bank investigated the suspicious transactions of these three accounts, wrote a report, and sent it to the Financial Crime Enforcement Network (FinCen) under the U.S. Department of the Treasury on November 28, 2016. This report appeared in the investigation database of the exclusive cooperation between Tianxia and the International League of Investigative Journalists (ICIJ). The report included the names of three Taiwanese banks.

The Deutsche Bank report is collectively referred to as " Suspicious Activity Report " (SAR). SAR is a mysterious document. Banks cannot publicly acknowledge any content due to personal information and money laundering laws. SAR cannot be used as direct evidence in court because it is only used to monitor money laundering, not a conviction. However, if any bank sees that the transaction may involve money laundering, it is obliged to report it to the competent authority. 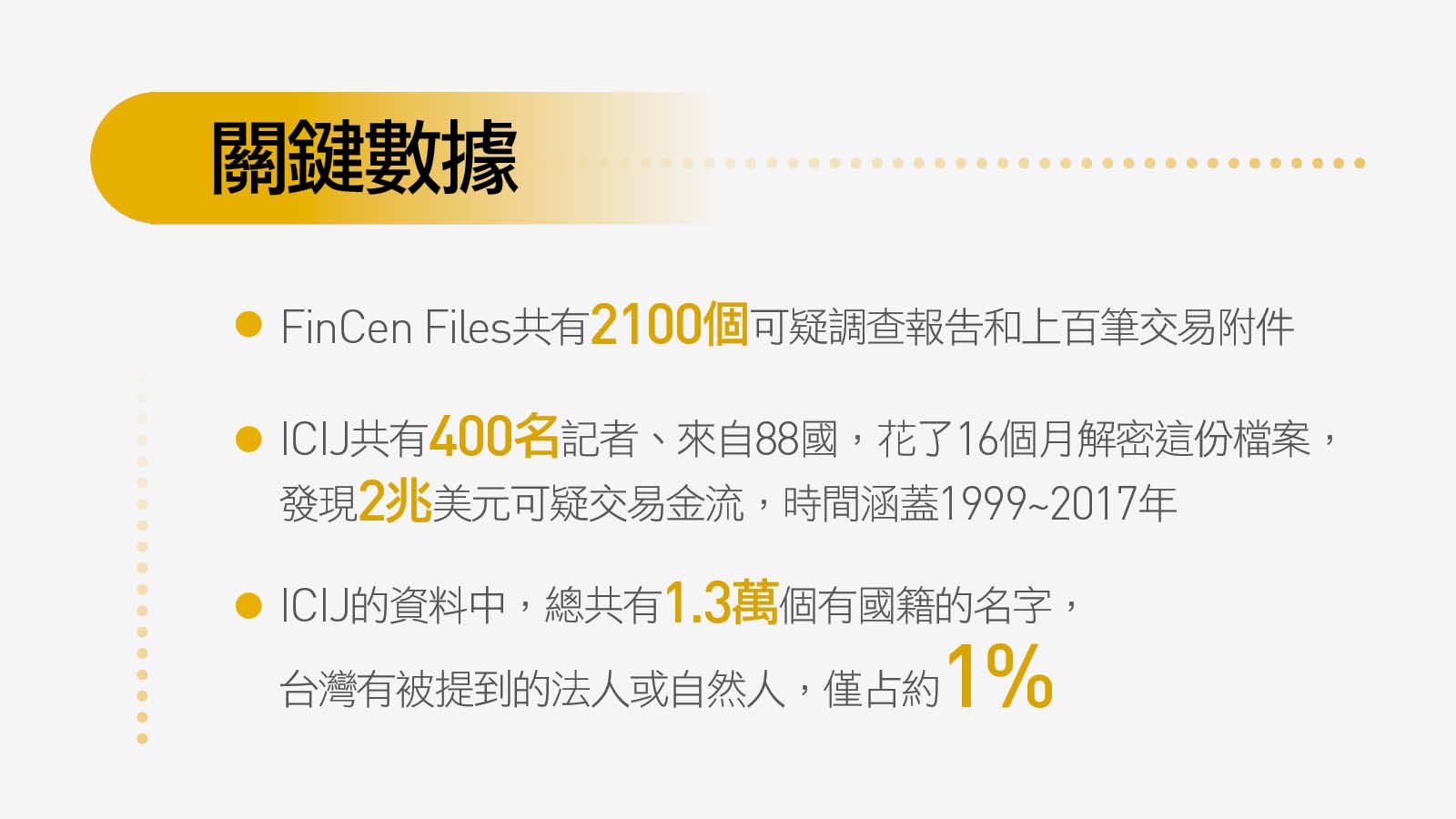 iFinex remits money through Huatai Bank, as well as Mayzus Financial Services, a company that opens an account in a Latvian bank. At the end of 2019, this company was accused by the anti-corruption organization Global Witness for serving the notorious cryptocurrency money laundering platform BTC-e and helping the Russian government-supported hacker group to launder money.

iFinex is a variant of "decentralization". Its perfect shape is: the treasury is located in Taiwan and the company address is in Hong Kong, but it is actually an offshore company in the Virgin Islands. Use this complex and fragile structure to issue virtual currencies to global investors and challenge US financial sovereignty.

The TEDA coin it issues is the most commonly exchanged stablecoin in the Bitcoin circle, so it is called the central bank of the cryptocurrency industry, but it is often accused of being the culprit in manipulating the price of Bitcoin. The bitcoin address (ie account) of the iFinex exchange was accused by the U.S. Department of Treasury of being used for drug trafficking last year. 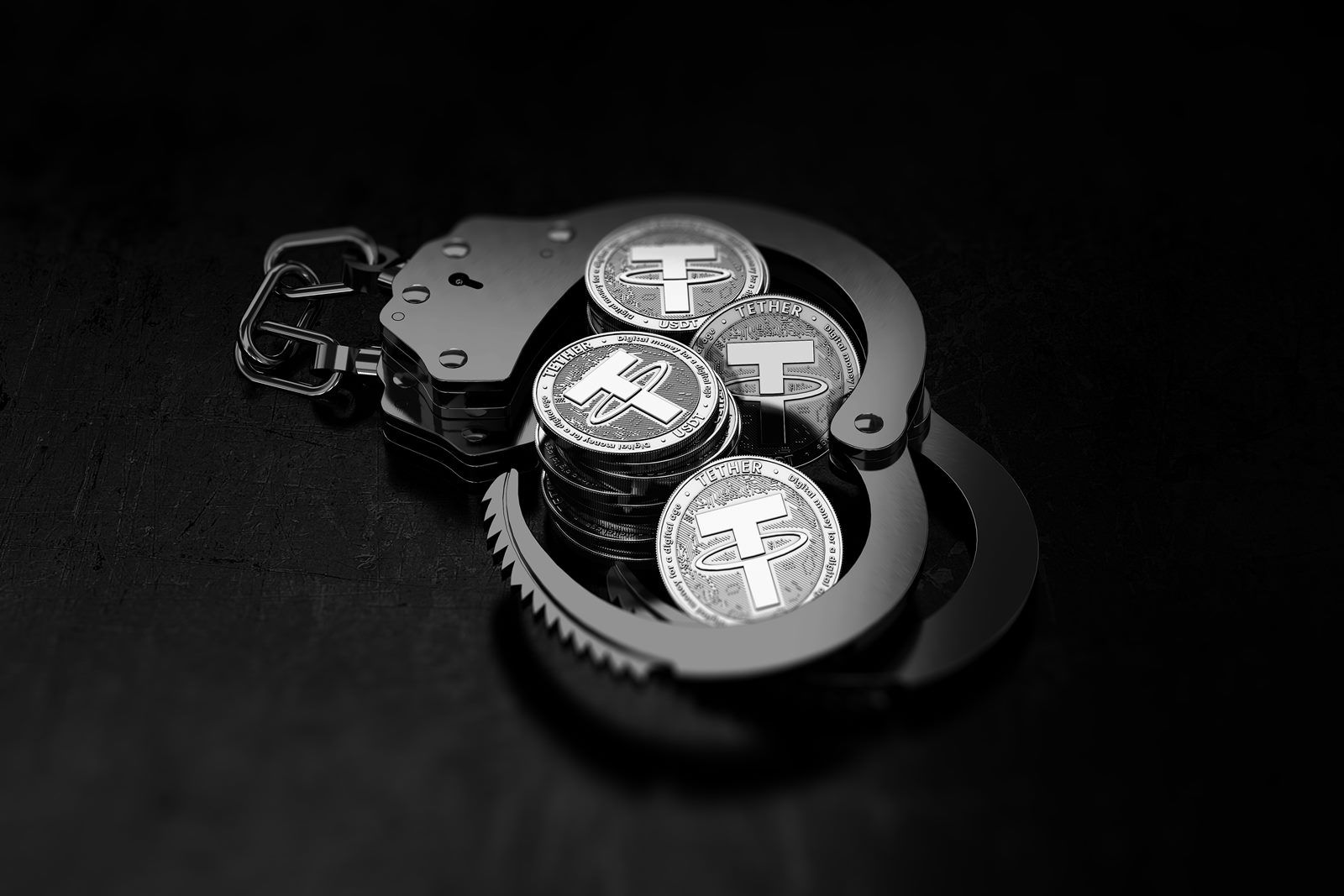 The TEDA coin issued by iFinex's Tether is called a stable currency in the virtual currency circle, but there are constant controversies. (Shutterstock)

"He has a feeling for Taiwan."

The Dutch founder Fang Junzhe, why set up the treasury in Taiwan? "Fang Junzhe has a passion for Taiwan," observes Hu Yitian, founder and CEO of Yuanbo Capital, who is familiar with the blockchain industry.

"He feels that Taiwan can use the power of technology to take finance to the next level. Cryptocurrency is that power."

Fang Junzhe used to come to Taiwan as an international student and graduated from National Taiwan University in 1988. Prior to founding iFinex, he had been engaged in trading in Taiwan for nearly 30 years. He served as the sales president of Tuxia in Taiwan, selling system software.

After founding iFinex, Fang Junzhe recruited troops in Taiwan. It is understood that there were more than 50 employees in Taiwan during its heyday. The main departments include engineers, finance, legal compliance and customer service.

"He is a visionary boss," Zheng Guangtai said. However, Zheng Guangtai had already started his own business at the time, so he did not join Fang's cryptocurrency company.

Professor Liao Shiwei of the Department of Science and Technology of National Taiwan University met Fang Junzhe in 2015. "At that time, he spent a lot of time in Taiwan and visited many government officials," Liao Shiwei said. Some students also worked under Fang Junzhe's.

Fang Junzhe also started classes with Liao Shiwei at the National Taiwan University of Science and Technology. It was only halfway through the semester, and only Liao Shiwei was in class because the treasury established by Fang Junzhe in Taiwan was being dismantled by American banks.

3 years ago, Taiwan's gold stream was cut off

In mid-March 2017, US banking giant Wells Fargo informed four Taiwanese banks including First, Taishin, KGI, and Huatai that it would immediately cut off US dollar transactions with iFinex.

A month later, the lawsuit filed by iFinex stated that the actions of Wells Fargo Bank suspended all iFinex USD transactions. Because it relies on Taiwanese banks to do business with global customers.

As long as the four local banks in Taiwan are attacked, the gold flow of this global cryptocurrency central bank will be completely blocked.

"He has trouble even doing business in Taiwan," said an anonymous industry source. "Wells Fargo immediately ordered the cut-off of transactions. Which Taiwan bank is not afraid to see it?"

"Wells Fargo is one of the major international U.S. dollar exchange banks. You can't offend it," said a U.S. bank executive. "As long as there are foreign customers, such as Microsoft customers who want to send money to domestic banks, they must go through the exchange bank. It’s a terrible thing to cut off the account." 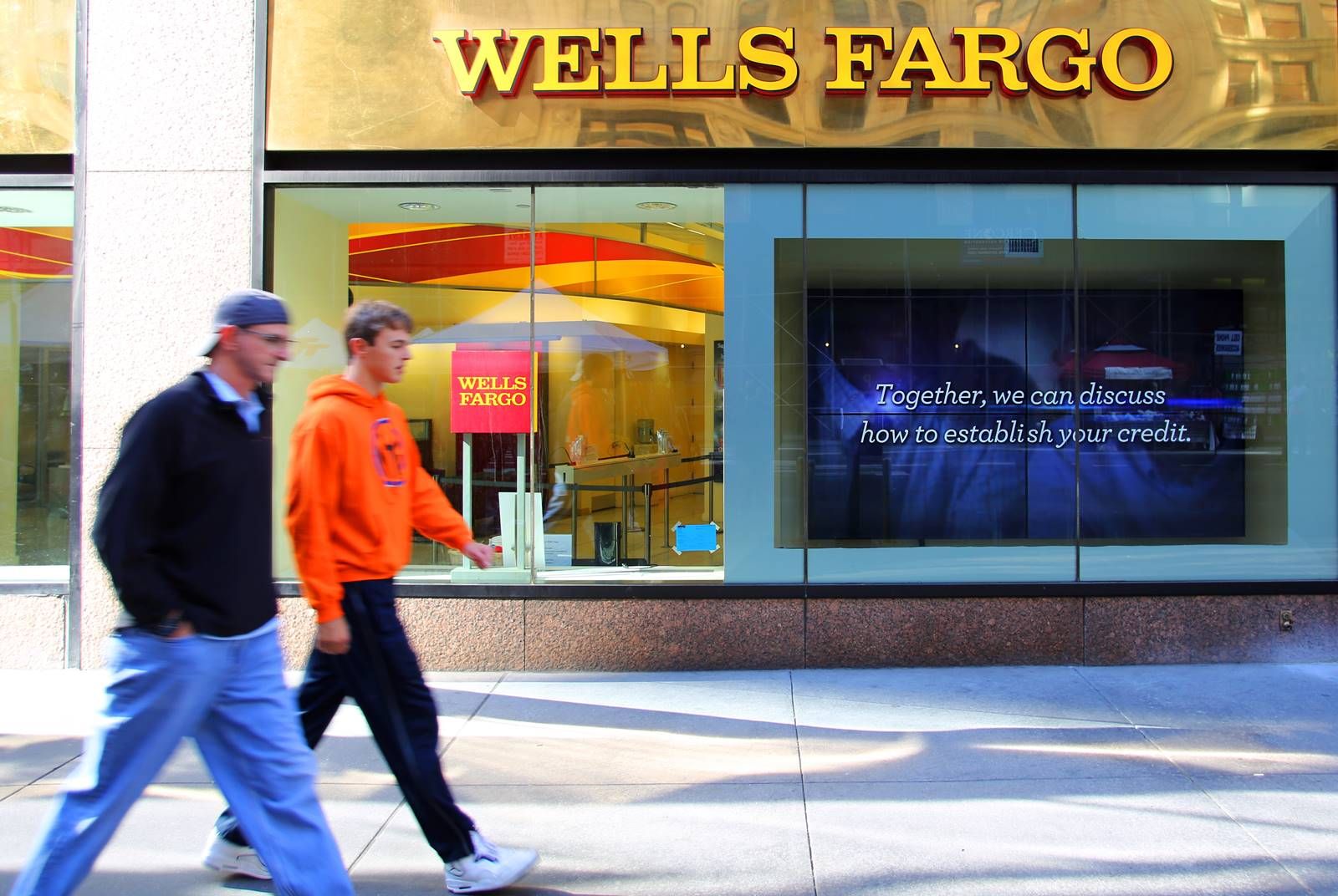 In addition, one year before the incident, the New York branch of Mega Bank had just been severely fined by the New York authorities, and anti-money laundering became a prominent lesson. In 2017, some banks in Taiwan took the initiative to clear their iFinex accounts and no longer contact them.

After the Wells Fargo incident, iFinex moved to Switzerland and also recruited former anti-money laundering consultants from Royal Bank of Canada and Bank of Montreal to serve as legal compliance chief in 2018. But the distance from financial crime is still very close.

It later cooperated with the Panamanian bank Crypto Capital. It was unexpected that the bank’s chief executive was arrested by Polish police last year on suspicion of using iFinex’s exchange to launder money for Colombian drug cartels. iFinex once again suffered heavy losses due to bank funds being unable to move. iFinex Exchange stated that it is a victim of fraud.

"It grew out of a gray area on the edge of the financial system. It will take a long time for it to be fully legal and compliant," said Hu Yitian. Fang Junzhe represents a revolution that overthrows the traditional financial system.

"Tianxia" sought to verify iFinex and its exchange Bitfinex related company cases and Fang Junzhe reported the facts, but still did not respond to the deadline.

Cryptocurrency anti-money laundering, Taiwan has yet to set the tone

Three strings of numbers and an encrypted currency exchange have put Taiwan's financial industry in danger of money laundering. If the competent authority does not speed up the response, the new high price of Taiwan’s fines in Taiwan’s history, which was heavily fined by the United States of NT$5.7 billion, may be broken. (Editor in charge: Wang Lihua)